Father John Misty vs Ryan Adams | who is the biggest asshole? 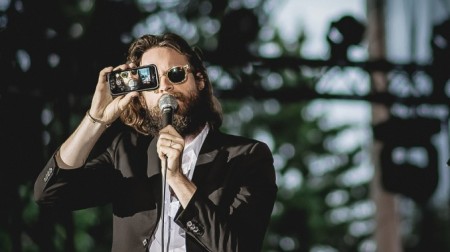 Here is the ‘news’ story.

And here… fuck it. Who the fuck cares? Both are weak, fifth-rate, belligerent boring narcissists with little taste in music and even less taste in hair.

On the one hand, Ryan Adams has never written poetry like this:

Father John Misty
The critics love to discuss you
They want to know the ‘real’ you
Why?

Father John Misty
You have been compared to various art-
ists like Fleet Foxes, Jackson Browne and
others I have never heard

Father John Misty
Critics like to use your real name
Why?

Father John Misty
Like an Agatha Christie
Without any myst’ry

On the other hand, neither has Father John Misty.

On the one hand, one is a boring white rock tosser. On the other, one is Ryan Adams.

On one side is a man who has plenty to say, but fuck me is it dull and tedious. And on the other, one is Father John Misty.

One is bloated, corpulent, unfunny. So is the other.

Related posts:
Father John Misty vs Ed Sheeran. Who is the more shit?

You still want to know what the songs sound like? They sound exactly how you would imagine them to sound. The title track is a ragged folk-waltz, ‘Kindness’ is a lush testament to the healing power of love, ‘Save Me’ is an intimate country-rock lament … look I can’t play this game anymore. This album is awful. It is beyond awful. It is a waste of your time. Trust me; you can do much better than this. You deserve better. I am truly sorry if you think the things Ryan Adams describes on Ashes & Fire are real emotions. They are not. They are the words of a person whose imagination is comatose; it is the poetry of the mundane. We are all in the gutter, but that does not mean we have to drink from it. Ryan Adams – Ashes & Fire (PAX-AM/Capitol)

This entry was posted on Monday, August 21st, 2017 at 10:28 pm and is filed under Music criticism. You can follow any responses to this entry through the RSS 2.0 feed. You can leave a response, or trackback from your own site.

4 Responses to Father John Misty vs Ryan Adams | who is the biggest asshole?