My Guardian (Aus) editor never wrote back. An appreciation of Melbourne band Terry 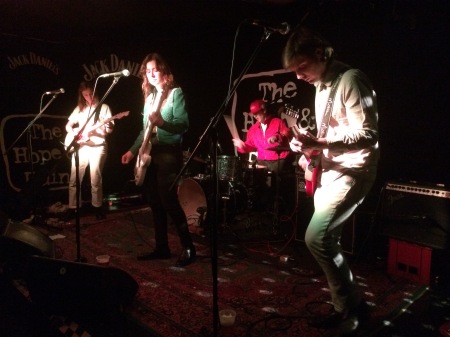 My Guardian (Aus) editor never wrote back. This is what I wrote.

Saw a totally ripper band from Melbourne play down my local in Brighton tonight – Terry. Could I convince you to take a review? Similar a little to Eddy Current Suppression Ring and Royal Headache, but more stripped-back (and also, unusually for these bands, equal gender representation). Their debut album came out only a few months ago, so perhaps we could focus on that. Minimal, intellectual, hard rockin’ and droll. Wonderful. https://terryhq.bandcamp.com/album/terry-hq

Not Beaudelaire, I’ll grant you. Maybe it was the use of ‘ripper’. Maybe I should have enclosed no information, just cryptically asked her to play the following, from 34:32.

I am lacking in panache these days.

Here is what I shouted out, twice – to Melbourne band Terry down the front of the Hope & Ruin last week, in what I hope was my best appropriation of an Aussie accent.

…to which the bloke singer retorted, “Wouldn’t be fucking hard”. I bobbed my head and flexed a couple of calf muscles in response. Short sharp abrasive power-punk found sound shared commmunity space Aussie rock, reminding me of all that shit I love. (Bed Wettin’ Bad Boys, Bitch Prefect… dolewave, chuckle chuckle.) So brutal and acerbic they could have been from Brisbane or Adelaide. Reminded me of why the fuck it is I fucking LOVE going to shows in the first place. Fell in love immediately with the two ladies obv, especially when they dropped their guitars and faced off across each other centrestage in an unironic appreciation of ABBA for the set closer. Drummer played some fucking NICE drums, so hard to get rid of all those extraneous unnecessary beats. They had at least five songs which were Beat Happening good. Bought a seven-inch afterwards – my first new 7″ purchase in a decade – cos Chris from Upset the Rhythm told me it has the set closer on, and it DOESN’T MUTHAFUCKER. Sweet music, though. My main complaint would be that they’re around 50 skwdillion times better on stage: relentless, funny, in control, harmonic, right on. 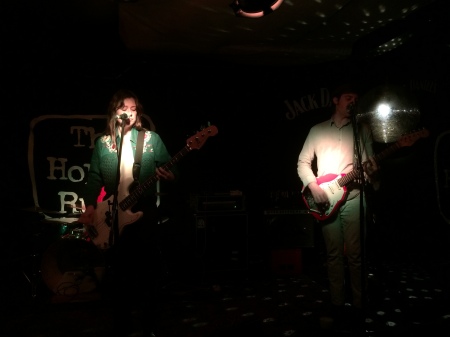 I have nothing to add to the above, except if you ever find yourself in a position to write about music don’t just write about music. Show some respect. Make something up. Go fly with an eagle. Tell a fucking story. This is the best non-Brisbane song I have heard since 2013.

P.S. Chris, please send me MP3s of everything you have ever released. Your label rules.

This entry was posted on Saturday, October 1st, 2016 at 3:28 pm and is filed under Music criticism. You can follow any responses to this entry through the RSS 2.0 feed. You can leave a response, or trackback from your own site.

7 Responses to My Guardian (Aus) editor never wrote back. An appreciation of Melbourne band Terry